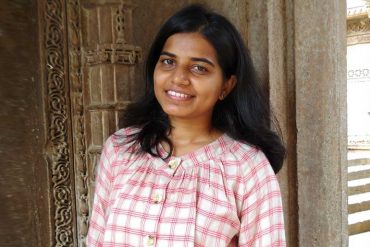 Meat has been one of the most demanded food globally. Being an important source of protein containing essential amino acids, it offers a unique taste, flavour, and appearance. A continuous increase in demand for meat brings along with it a few challenges, with a major challenge being the capacity to deliver meat for the ever-increasing population across the globe. As much as the world does love to consume meat, there is a price that must be paid by humans towards the same, since it can cause considerable damage to the environment in which we survive, primarily due to the carbon emissions arising from meat production that has eventually led to climate change taking place across the globe. Low efficiency in animal meat production, environmental stress, animal welfare, health problems associated with higher consumption of meat, antibiotic resistance, spread of diseases and pollution are some of the common problems plaguing the meat industry. All these have been the major driving factors that have been responsible for the growth of plant-based meat industry in the recent years.

Today, consumers across several parts of the globe have begun to acknowledge the problems associated with the meat industry and are opting to look for more sustainable options to consume food. The term Flexitarian has been gaining popularity in recent years, which involves reduction of animal-based meat in the daily diet of individuals and opting to shift towards plant-based meat. It has been proven time and again that plant protein is a sustainable source of protein, as compared to animal protein. Plant-based meat is recognized by different names such as meat analogue, meat replacer, meat alternatives, mock meat and so on.

Meat analogues have been a part of human diet since ancient times and is not a brand-new concept. Soybean derived tofu and tempeh have been consumed for centuries in Asia. Seiten is another wheat-based meat alternative which has a meaty texture due to the presence of gluten. Texturized vegetable protein (TVP) is a dry meat analogue made with defatted soy meal and concentrate by cooking extrusion. The spongy and somewhat elastic texture of TVP is what that makes it a highly popular meat replacer.

It is challenging to develop meat analogue with acceptable characteristics of meat. The choice of ingredients plays a crucial role in terms of texture, taste, flavour and color of meat analogue.

Plant protein is the key ingredient for meat analogue, while selection of protein depends on various factors such as functionality, availability, price and suitability. Some of the important protein functionalities for meat analogue are water holding capacities, solubility, emulsification, foaming, gelation properties, etc. and varies according to the protein source and chemical composition, protein structure and thus functionality alters with environmental factors such as pH, temperature, ionic strength etc. Soy protein is used most for meat analogue, with the reasons being functionality, availability and Protein Digestibility Corrected Amino Acid Scores (PDCAAS) of 1.0, which is comparable to meat. Cereal protein mainly wheat gluten along with rice, oat and barley are used in mock meat. They have lower protein digestibility score and limiting amino acid i.e., lysine. Legume proteins from pea, mung bean, chickpea, lentil, lupine, and others have been explored in recent years. Unprocessed legumes have lower digestibility, mainly due to the presence of anti-nutritional factors, but processing solves the problem. Methionine is the limiting amino acid in legumes and therefore when it is combined with cereal proteins, it provides a balance of amino acid in meat analogue. Along with these, oilseeds such as canola and rapeseed can be used as a source of protein.

The role of binding agents to improve the interaction between other ingredients such as protein, fat and water also provide texture, consistency, and product stability to the product. Starches, flours, or gums such as methylcellulose, acacia gum, xanthan gum, carrageenan and many others can be used as a binding agent.

Color of the product is a major factor responsible for the purchase decision made by consumers. Raw meat has a bright red (beef) and pink (pork and chicken) color that turns brown after cooking, owing to chemical reactions taking place during the process. It is expected that meat analogue should offer a similar experience. Variety of ingredients such as beetroot juice, carrot juice and tomato paste are used to obtain meat like hue.

In the extrusion process, a product is formed by a combination of pressure, heat and mechanical shear. Extruder consists of a pre-conditioning system, a feeding system, a screw, a barrel, a die and a cutting machine. The process involves a dry or pre-conditioned raw material that is fed through the feeder. Inside the extruder, the material starts melting, due to increase in shear rate, temperature and pressure. Subsequently, the material is pushed through die. There are two product categories based upon the amount of water added.

This process is used to produce Texturized Vegetable Protein (TVP). The final products are dry, expanded and have sponge like structure which absorbs water rapidly, while rehydration is necessary before use. TVP is mostly used in minced kind of meat analogue, some of the examples being Burger patty, sausage, meatball, keema etc.

Pre-conditioned material with 60-70% moisture is used, which gives the final product higher moisture content. Co-rotating twin screw extruder is used for this process. The required temperature would be between 120-180 degrees Celsius to produce viscoelastic mass, which gets aligned into the cooling die. The end product is dense and compact with fibrous texture. This product is an alternative for whole muscle meat product.

This technology is based on a principle of flow induced structuring. It is a conical shaped (shear cell) device, in which bottom cone rotates and top cone remains stationary. The fibrous material is formed by a combination of shear force and heat. Cylindrical shaped (Couette cell) device is a scaled-up version of shear cell device.

The popularity of meat alternatives has been constantly on the rise among consumers from different parts of the world, particularly among the non-vegetarian consumers. Major countries in Europe as well as the United States of America have been leading the innovations in plant-based meat alternatives over the past few years. Many companies globally have come up with meat alternatives which are indistinguishable from the actual meat. Beyond Meat, Impossible foods and Gardein are some of the US based companies which have been tasting success in their business over the past few years. They possess a range of products, some of them being burger patty, sausage, nuggets and a few more. Added to that, existing meat and poultry companies such as Tyson Foods, Smithfield Foods, Perdue Foods, Hormel Foods and Maple Leaf Foods have also been showing interest in producing plant-based meat alternatives and have been introducing new products into the market.

In Asia and particularly in India, the situation has not been any different either. During the financial year 2019-20, numerous business ventures had come up with a range of products that are suited for the Indian palate. Udaipur based Good Dot company has been a pioneer in plant-based meat in India. Many startups who have already started offering their products in the market have been performing well. The success of these companies is indicative of the fact that there is a huge opportunity that exists for meat analogues in the Indian market.

In recent years, Research and Development on plant-based meat has been taking place continuously to work towards ensuring that plant-based meat tastes similar to that of real meat, after taking into consideration all the parameters, viz., taste, flavour, texture, colour, appearance and so on. Many scientists have also been putting enough efforts to reduce the cost of meat alternatives to a price that is equal to or lesser than that of the actual meat. We also expect innovations to come up in huge numbers in plant-based meat sector in the coming years. 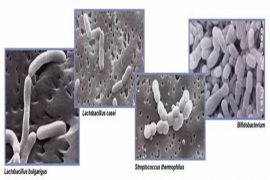 FOR THE LOVE OF PLANT-BASED PROTEIN – IN CONVERSATION WITH CO-FOUNDER OF PROEON FOODS, ASHISH KORDE