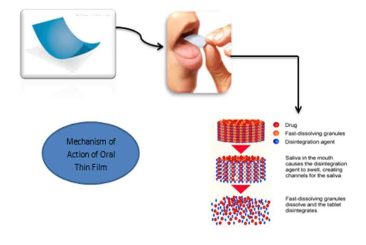 The drug delivery via oral route is an effective method for delivering drugs as compared to other routes of administering drugs. However, the oral drug delivery system with its conventional drug delivery methods such as capsules, tablets or liquid formulation presents swallowing problems for some specific category of patients, including geriatric, pediatric and dysphasic patients. It also requires the intake of water and takes longer time to provide the desired effect. The concept of Oral Thin Films (OTFs) had emerged as an alternative to these drug delivery methods in the late 1970s. These films comprised of a solid dosage form which dissolves instantly in 30-40 seconds without the intake of water and excellently targets the sensitive site. Oral thin film can be used to eliminate bad breath. It disintegrates and dissolves when it comes in contact with the saliva and thus can also be used as a mouth freshener. Although, these films are being used in the pharmaceutical industry, they have found their application in the Food Industry as well. It can be used as nutraceuticals or supplements or as a food packaging material for delivering additional functional properties like antibacterial and antimicrobial to the food.

Various researches have been conducted and patented on these aspects, however only a few have been commercialized on a large scale. In Fig 1, the mechanism of action of an Oral Thin Film is shown.

(OTFs are easy to administer as they do not require water. This is owing to the fact that there is rapid disintegration and dissolution because of the presence of a large surface area. As consumption of chewing gums is not socially acceptable, due to the fact that the require lot of sucking and choking, OTFs are able to offer the advantage of producing instant breath freshening. They are suitable for providing immediate on-site effect and better release of the active components. There is a rapid release of the active constituent which is effective in producing the desired effect.)

Selection of Polymer: A single or a combination of two or more polymers can be used for film formation. These selected polymers should be hydrophilic in nature, rapidly disintegrate, have good mouth feel and have suitable mechanical properties with good physicochemical and permeability properties containing a composition that satisfies the required film properties.

Preparation of polymer solution: The separate aqueous solutions of polymers are prepared by using the appropriate solvents.

Mixing of the polymers: The solutions of the polymer is mixed in the required proportion as per the desired film properties and homogenized and stirred to form a uniform solution.

Addition of the plasticizers: The solution can be added with a plasticizer (0-20% w/w of polymers dry weight) to impart good strength, flexibility, gloss and reduce the brittleness and enhance the thermal stability of the added polymers. The plasticizer should be compatible with the polymer.

Casting of the film solution: Finally, the homogenized film solutions can be formed with the help of casting methods.

Drying of the film: The film can be dried in several ways such as oven drying, freeze drying, vacuum drying, etc. depending on the components used in the film formulation.

Advantages of the OTFs

It provides various advantages over conventional tablet dosage form, as they can be administered without the need of water, anywhere and at any time. Some of the benefits are that it rapidly disintegrates and dissolves in the mouth because of the larger surface area, including providing ease of transportation, the handling and storage being flexible and not fragile, apart from being suitable for providing medication for patients who are having problems in swallowing and lastly it provides a quick effect. Administration of Oral Thin Film leaves little or no residue in the mouth and is preferred over chewing gums which require a lot of sucking. Further, it can be used as a packaging application in the form of edible film packages and delivering additional functional properties to the food.

Oral Thin Films are the one of the novel innovations for the Food Industry. It can be used for imparting anti-oxidant and anti-microbial properties into the food. OTFs can further be used as nutraceuticals and supplements, since they provide immediate release of the active components and on-site effect. Thus, Oral Thin Film can be seen as one of the promising applications that can be used in the food processing and packaging industry, particularly with the arrival of constantly emerging techniques. 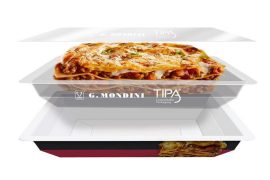 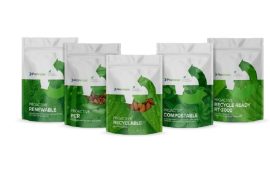