Millets are one of the oldest crops in the world and are considered a major food source in arid and semi-arid regions. Millet is an excellent nutrient source and rich in proteins, dietary fibres, micronutrients, phytochemicals, fat, vitamins and minerals. The millets are gluten-free, so it is a better option for people who suffer from celiac disease, atherosclerosis and diabetic heart diseases. Some of the benefits that millets offer for individuals are that it aids in controlling diabetes, weight loss lowering blood pressure, treating coronary artery disorder, helps in preventing celiac disease apart from helping relieve menstrual cramps.

Aflatoxin infection in crops is considered a universal threat, influencing the agricultural economy and food processing industry. Aflatoxin is a secondary metabolite produced by certain fungi, particularly the Aspergillus species. Aflatoxins are poisonous, carcinogenic and mutagenic substances. Aflatoxins are a type of toxins produced by some Aflatoxin B2, aflatoxin B1, aflatoxin G2 and aflatoxin G1, which are the most common aflatoxins found naturally in food crops and their products. In contrast, M1 (Metabolite of B1) and M2 are commonly found in by-products of products produced by animals, more commonly in dairy products. According to the International Agency for Research on Cancer (IARC), aflatoxin B1 is considered as a Class 1 Human Carcinogen.

Aflatoxin contamination is present in different types of food crops, which can be categorized as follows:

Aflatoxin B1 is one of the major aflatoxins found in most millets. It is extremely harmful to humans and animals, due to its carcinogenic properties and immune system suppression. Consumption of large amounts of aflatoxins results in death. Children are more vulnerable to aflatoxin toxicity.

Aflatoxin contamination in five pearl millet varieties (ICMP-50I, ICMV-155 moulds, ICMH-451, ICTP-8203, and WCC-75 were studied in Andhra Pradesh in India and their connection between parameters such as maturation stage of grains and infestation of pest and insects during the storage were evaluated. The results of the study showed that the seed samples collected from farm during the monsoon season have more aflatoxin contamination, as compared to seeds harvested during the winter season. Most of the aflatoxins were isolated from different varieties of pearl millet, but aflatoxin G2 was commonly found in seed samples collected during the winter season. From the research, ICMH-451 was considered to be extremely prone to aflatoxin contamination and ICMV-155 was the least susceptible.

In Northern Nigeria, the prevalence of fungi and aflatoxin in millet, sesame and their products was studied in 146 food samples, including traditional beer produced from millets, sorghum (50), dough prepared from millets (50) and seeds of sesame (50). In order of predominance, members of the Aspergillus, Rhizopus Fusarium, Penicillium, Alternaria and some other species were detected. Aflatoxin analysis revealed that sesame had higher levels of fungi and aflatoxin than millet and sorghum. The levels of aflatoxin in millet and sorghum differs with temperature and relative humidity, whereas fungus present in sesame seeds increases with latitude.

As the contamination of aflatoxin in crops has become a major problem in the food and agricultural sector, countries have enacted various laws governing the level of aflatoxins in food and feed. In India, the Food Safety and Standard Regulations, 2011 imposed a maximum limit of 30g/kg on all food commodities. The United States Food and Drug Administration (USDA) lays down a strict limit for aflatoxin in food and feed commodities, which is about 20 ppb (parts per billion) and milk products have 0.5 ppb. The European Union also mandates aflatoxin content ranges of 2 – 4 ppb in food commodities. 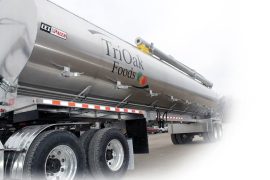 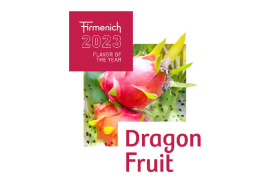 Firmenich Names Dragon Fruit as 2023 Flavor of the Year 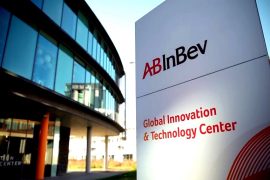