A department has been established and work for creating Agri-stack in the nation has begun. In an attempt to create Agri-stack, Government is in the process of finalizing India Digital Ecosystem of Agriculture (IDEA), which will formulate and enforce a framework for Agri-stack.

Consequently, a Task Force has been set up and in advancement, a Concept Paper on IDEA has already been posited for comments from the general public not only via department’s website but also by way of emails particularly to the subject matter specialists, Agro-Industry, Farmers, Farmer Producer Organisations (FPOs).

IDEA would assist in setting down the architecture for the Agri-stack in the nation and that would serve as an understructure to build creative agri-focused solutions leveraging burgeoning technologies to contribute effectually in establishing a better Ecosystem for Agriculture in India.

This ecosystem shall aid Government in efficacious planning towards increasing the income of farmers in particular and enhancing the productivity of the agriculture sector as a whole. As a first step in this regard, Government has already started building federated farmers’ database that would function as the core of the foreseen Agri-stack.

No private sector companies are included as far as building of the Agri-stack is concerned. However, leading Technology/Agri-tech/StartUp companies were identified and appealed to join hands with Government of India to develop Proof of Concepts (PoC), on the basis of small portions of data from the federated Farmers’ database for certain identified areas (Districts/Village).

A public call via the Department’s website has been placed requesting proposals for PoCs. MoUs entirely on pro bono basis with some chosen companies are being signed, for a time period of one year to develop PoCs. The PoCs will aid in understanding solutions that can be built by making use of available data and some of them, if found advantageous to the farmers will be ramped up at National level.

Department of Agriculture & Farmers Welfare has signed an MoU with Esri India Technologies Private Limited for working on a Proof of Concept (PoC), in select Districts/Villages to create a model for an Agriculture Geo-Hub with an aim to lay down a framework to gather and merge available geo-spatial information with other related information, perform spatial analytics, share results and data and deploy dynamic apps which would underpin estimates for policy planning, monitoring requirements and ease in decision making.

This information was given by Union Minister for Agriculture and Farmers Welfare Narendra Singh Tomar in form of a written reply in Lok Sabha. 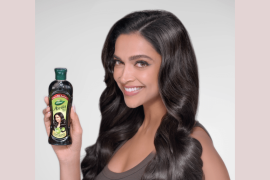 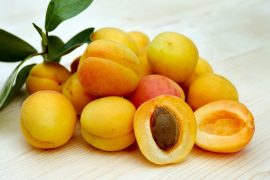 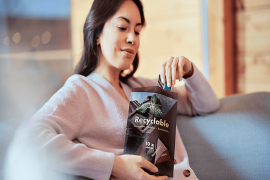