The Food Authority (FSSAI) has demanded that Food safety officials (FSOs) involved in conducting ‘statutory searches or inspections’ should be required to follow the rules laid down under FSS Act while taking such actions. Further, it has also mentioned that going haywire would lead to hampering of the adjudication process.

FSSAI has earlier been receiving several complaints on the actions taken against food businesses, where statutory inspections have been carried out by ‘technical officers’ and on the basis of such inspections, several penal provisions under the FSS Act, including sanction for prosecution had been enforced.

According to Section 38 of the FSS Act, the FSOs have the authority to undertake inspection of the premises of the FBOs, enabling them to take enforcement action against any defaulting FBO as per the rules made thereunder.

FSSAI has asked the FSOs to carry out such actions in accordance with the laid provisions, in order to ensure that the prosecution can be done without fail.

The FSSAI Advisory read as follows – “It is advised to strictly adhere to the statutory provisions of the FSS Act and ‘diligently’ follow the procedure laid down under the Act and rules made thereunder while taking action against the Food Business Operators, including carrying searches, inspections and sampling, so that the prosecution, adjudication cases are not vitiated due to technical and legal lacunae.”

The Food Authority has additionally clarified that the products intended for animal feed would not fall under the definition of food and the state food officials must ‘desist’ from sampling of such products.

A clarification was issued by FSSAI in this regard stating – ‘That the products intended for animal feed do not fall under the definition of ‘food’ as defined under the FSS Act. Accordingly, the Commissioners of Food Safety of all states and Central licensing authorities are hereby advised to direct the food safety officials under their jurisdiction to ‘desist’ from sampling of soybean de-oiled cakes or soybean meals intended for use in poultry and animal feed while drawing samples of the products in exercise of powers conferred upon them.’

According to the FSSAI, it had been brought to its notice that FSOs in a few states were drawing samples of soybean meals, which are specifically intended for use in the poultry and animal feed during inspection of units of soybean processors.

An up-&-coming bloody creative professional passionately involved with both print and digital media; constantly trying to be an irritating perfectionist and surviving solely on inspiration (sometimes from the most inert objects)… Currently, staying busily engaged with producing mouth-watering content for the much anticipated and less explored Indian Food Processing Sector... 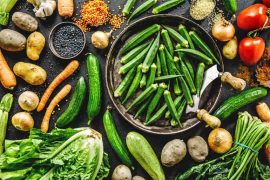 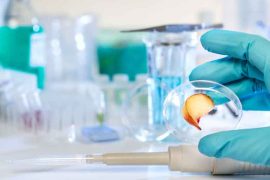