Food processing sector would be able to increase farmers’ income besides creating thousands of jobs, a study undertaken by Confederation of Indian Industry (CII) indicates.

According to the report ‘Unlocking Value in India’s Food Processing Sector’ which was released during the 14th edition of FoodPro 2022 here, the food processing industry is expected to reach USD 530 billion during the next five years.

The report was conducted by McKinsey & Company, which served as the knowledge partner for the event.

“The chances of this growth touching USD 600-650 billion is potentially high provided there is a sustained focus on optimizing food wastage, enhancing food processing and increasing exports,” it said.

As per the report, India has emerged as a global agricultural powerhouse and it is the second largest in production of cereals, pulses, fruits and vegetables, sugar and milk.

“Agriculture not only contributes to 19 per cent of the country’s GDP (gross domestic product) but also supports nearly half of the population’s livelihoods.

“A greater thrust on food processing could not only help India bring richer, more convenient food options to the world, but also significantly increase farmer income and create thousands of jobs,” it said.

The PLI Scheme for Food Processing Sector with an outlay of Rs 10,900 crore for the food processing sector would boost the industry’s growth in the coming years, a senior industry official said. Air-conditioning and commercial refrigeration major Blue Star Ltd Managing Director and Confederation of Indian Industry (CII) Chairman of Foodpro 2022 B Thiagarajan said the food processing industry has been growing at an annual growth rate of 11.18 percent. 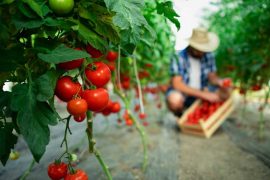 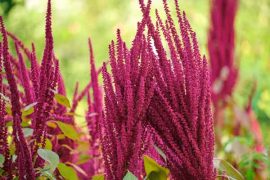