In the ingredients list of your packaged goods, “E numbers” supersede the chemical or common name of certain food additives. These are used to improve the colour, flavour and texture of food or to keep it from withering. For millennia, food additives have been employed. Spices like saffron were used by the ancient Romans to give dishes a deep golden colour. For long journeys, salt and vinegar were added to preserve meats and vegetables. Regulators agreed to create a systematic list of these additives in the 1960s. These are known as E numerals in Europe (the E stands for Europe). Normally, each food additive is given a unique number; however, related additives are occasionally assigned an extension (“a”, “b”, or “i”,”ii”) to another E-number. The numbering method is based on the International Numbering System (INS) as decided by the Codex Alimentarius committee, albeit only a subset of the INS additives are permitted in the European Union. With food colouring, a single unified list of food additives was first agreed upon in 1962.

Preservative instructions were introduced in 1964, while antioxidant directives in 1970 and emulsifiers, stabilizers, thickeners and gelling agents in 1974. Sulphur dioxide (E220), acetic acid (E260) and sodium nitrite (E250) were among the first preservatives, while turmeric (E100) and carmine (E120) were among the first colours. Food preservation was also critical throughout several armed conflicts. Seafarers and troops needed sustenance throughout both the Napoleonic wars in Europe and the American Civil War. The military personnel were compelled to carry their meals, due to limited access to fresh food at the front line. Cans were introduced for food preservation during this time.

A food additive (additional substance) is any item that is neither a food nor an ingredient in food, but becomes part of the food when added to a product for processing purposes. The following substances are not considered food additives: sweeteners, such as monosaccharides, disaccharides and oligosaccharides; substances with flavouring, dyeing and sapid properties (such as dried fruit); glazing and coating substances, which are not intended to be consumed; and chewing gum bases, dextrin, modified starch, ammonium chloride, edible gelatine, milk protein and gluten, blood plasma, casein and inulin. The use of food additives in unprocessed foods, honey, non-emulsified oils and fats of animal or vegetable origin, butter, milk, fermented milk products (unflavoured, with living bacteria cultures), natural mineral and spring water, unflavoured leaf tea, coffee, sugar, dry pasta and unflavoured buttermilk is prohibited by law.

Any marketed addition must meet the Food Safety Authority’s criteria, which means it must be technologically justified. Its use must not endanger consumers’ lives or health; its acceptable daily intake (ADI), or quantum satis, the smallest amount required to achieve a specific processing objective for the substance, must be calculable; and, last but not least, such an additive must not adulterate the product to which it is to be added. Manufacturers must also provide information about any food additives on product labelling.

For all food products covered by the Food Safety and Standards Regulations, 2011, the Food Safety and Standards Authority of India (FSSAI) implemented a Food Categorization System (FCS). The FSSAI has categorized food products into categories and sub-categories with separate codes under the planned FCS. There are also some proprietary items provided. To maintain uniformity between Domestic and International food standards, the coding system is based on the Codex framework. FSSAI announced its final list of food additives used in various food items on June 20, 2016. The food additives list, which became operational in December 2015, only included ingredients for which no objections were received. The entire list of food additives published now incorporates feedback from many stakeholders. 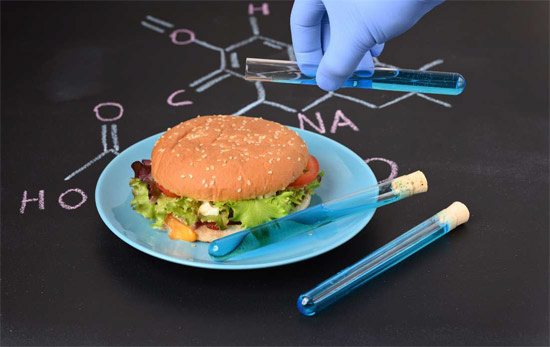 Preservative efficiency is mostly determined by their effect on a certain type of microorganism, which is why it is critical to choose the proper preservative depending on the germs contained in the product (bacteria, mould or yeast). Other elements that influence preservation efficiency include pH (a low pH is preferred), temperature, the inclusion of other chemicals and the chemical content of the product.

Preservatives are an alternative to physical and biological methods of preserving product freshness, such as drying, pickling, sterilizing, freezing, cooling and thickening. Consumer concerns about the extensive use of chemical preservatives and their implications on human health have prompted manufacturers to create new food preservation methods. Radiation, packing and storing items in a modified environment using aseptic technology are examples of this. Ready-made foods and sauces, meat and seafood items, fizzy beverages and ready-made desserts are the most widely preserved products.

The fast-paced lifestyle and increased industrialization have bolstered the food sector, expanding the selection of processed meals accessible in supermarkets. Everything, from frozen potato cutlets to cured meats is filled with harmful dietary chemicals that harm your health. Few of them are analyzed below:

It is extremely poisonous and promotes the development of nitrosamines, which are carcinogenic (cancer-causing) in nature. This lethal molecule makes up a significant component of our processed meats, functioning as an excellent preservative that inhibits bacterial development and flesh degradation.

It is used as a preservative in pickling salts and has been linked to blood pressure fluctuations.

This make up a significant portion of our hamburgers, biscuits, chips and popcorn, which are responsible for causing obesity and heart disease in millions of individuals worldwide. Trans-fats raise cholesterol levels even more than saturated fats. They not only boost cholesterol levels, but also reduce the quantity of HDL (good cholesterol) in your body, making you more vulnerable to heart disease.

This is a ‘non-fat’ lipid found in potato chips that is nothing more than a sham fat. It is known, however, to bind to fat-soluble vitamins A, D, E and K, which help the body fight cancer and promote immunity. Olestra binding to these vitamins in general increases your risk of cancer. It has also been shown to cause gastric disturbance in 12% of the population(studies suggest). It’s better to replace your potato chips with some fruit or wholegrain biscuits.

It is found in meat products, vegetable oils, potato sticks, chewing gum and ready-to-make soup mixes, where it acts as a preservative to keep them from rotting. However, studies reveal that regular intake of these items may result in colon and stomach cancer.

It is commonly known as Chinese salt and this substance comes on top of the list of potentially hazardous food additives. For starters, MSG is now present in almost everything you consume throughout the day. This amino acid was traditionally used to flavour salads, soups and other culinary preparations in Chinese cuisine. However, its use has already been extended to the Eastern and Western regions and practically every restaurant or fast food establishment now coats their goods with MSG.

It is a preservative and its salts can cause cancer, headaches and intestinal discomfort. It has the potential to exacerbate hyperactivity in afflicted youngsters. Asthmatics might have negative reactions. If you have allergies or intolerances, use cautiously.

Yellow and Orange colours are dangerous and may increase hyperactivity in affected children. Asthmatics sometimes react badly. Take care if you are sensitive to Aspirin.

Artificial sweeteners such as saccharin (E-954), aspartame (E-951), and sucralose (E-955) are commonly found in “diet” goods and have been linked to hazardous side effects in various scientific investigations.

Yellow and Orange Hyperactivity in afflicted youngsters may rise.

Red Carmoisine/Azorubine intensifies hyperactivity in affected youngsters. Asthmatics may respond negatively, if you are sensitive to aspirin. 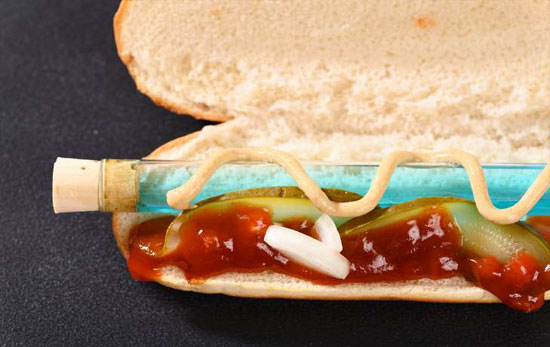 According to a survey conducted in Indian supermarkets, 22.5% of consumers were aware of labelled food products, while the rest 77.5% were not aware of labelled food products. It was also shown that 90% of customers prioritized the expiry date of the items, followed by 76.7% who prioritized the production date. Food safety standards, transparency in the dissemination of information about food products and regulatory constraints are becoming increasingly crucial on food labels, as lifestyle and consumption patterns change. The expense of labelling will be worthwhile only if consumers are aware of, understand and purchase based on the information provided on the labels.

(Note: The author is a Food Technologist/Writer and opinions expressed in this article are based on secondary review of scientific research carried out by Researchers and has nothing to do with the organization he works for.) 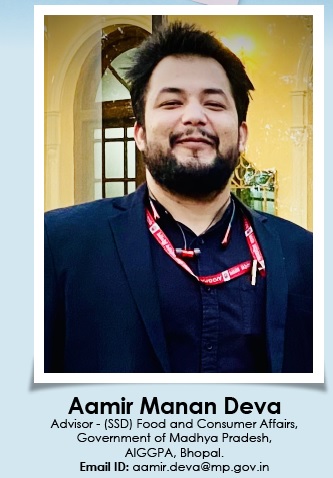 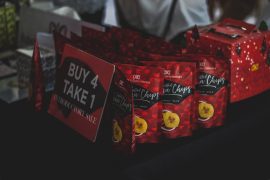 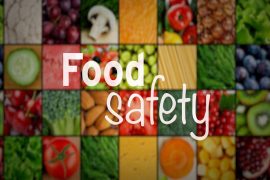 Re-making Food that Clicks for the Future!