“This marks our 11th Flavor of the Year, which is something our customers have come to look forward to each year. Dragon fruit’s bold vibrancy is a perfect choice as we embark an exciting year of change,” said Maurizio Clementi, ad interim President, Firmenich’s Taste & Beyond division. “Our in-depth Human Insights have identified the strong shift towards wellbeing and sustainability in people’s food and beverage choices, as well as newly-emerging elevated expectations in terms of taste. As everything we do is rooted in nature and deep consumer understanding, this inspired us to choose a Flavor of the Year which captures both.”

This is the second consecutive year of a sensory partnership between Firmenich and Pantone®. The global color authority has just launched its 2023 Color of the Year, PANTONE® 18-1750 Viva Magenta™, which it describes as a “brave and fearless, a pulsating color whose exuberance promotes optimism and joy.”  Mikel Cirkus, Global Creative Director for Taste & Beyond said: “In the same way that Pantone’s Color of the Year captures the emerging themes seen in the world around us, our choice for Flavor of the Year does so by translating new signals into positive sensory experiences. Our 2023 choice of dragon fruit reflects the global consumer’s increasingly adventurous palate and desire for the new or exotic when it comes to ingredients and taste.”

A Fruit by Any Other Name

Native to Central America, where it is known as Pitahaya, and thriving in tropical and subtropical climates across the world, dragon fruit’s flesh is rich in antioxidants and high in calcium. Dragon Fruit grows from a climbing cactus, making it a drought-resistant and naturally low water-use crop, requiring only a quarter of the water to grow compared to that of an avocado.

Much like the mystical creature that inspired its name, dragon fruit is fierce in appearance, with a scale-like skin in bold hues ranging from fiery yellow to bold magenta. However, its delicate flavor belies its imposing armor. With several different types varying in both color and taste, dragon fruit ranges in flavor from milder melon and kiwi-like to slightly sweeter berry profiles with notes of beetroot.

Part of its industry-leading Human Insights capability, Firmenich’s Trenz™ forecasting team spotted a post-Covid rise in dragon fruit across almost every major city in the world. While always popular within niche segments, the exotic fruit began showing up more universally across diverse markets and food service venues, as well as product applications, from the more intuitive juices and smoothies to less traditional formats like tea and cooked savory dishes.

According to Mikel Cirkus, this is all part of a decade-long trend for boldness and discovery in food and drink. The pandemic increased the pace of this trend, with huge spikes in consumers broadening their palates for new seasoning. Notably, expenditures on spices & seasonings at home grew 27% CAGR[1], Trenz™ found. New product innovation has followed, with on-pack claims such as “bold” and “exotic” up by 38% since 2017, and the use of three- and four-way flavor combinations in products now cresting over 25% of all Food & Beverage launches.

Firmenich’s renowned Emotions360 consumer research offered a second clue. This proprietary in-depth study of natural ingredients identified that people are very excited about dragon fruit. In fact, Emotions360’s latest wave, which surveyed 18,670 consumers across eight countries around the world, indicated that 88% of consumers have heard of dragon fruit, and 56% have tasted it. In terms of consumer perceptions, dragon fruit triggers associations with adjectives like bold, exotic, exciting, impressive and fun. Given this positive association, it’s not surprising that the same consumers ranked dragon fruit in the 90% percentile among all ingredients with a high likelihood to rise in popularity in the future.

As much as dragon fruit is on fire in juice bars, markets, and street vendors around the world, the packaged Food & Beverage world was initially slow to innovate around this trend. However, this trend is changing, with product launches containing dragon fruit callouts now accelerating in all regions. In fact, dragon fruit use in CPG (Consumer Packaged Goods) is growing more quickly in foods than beverages, where innovations typically appear first.

Jeff Schmoyer, Firmenich Global Head of Human Insights, commented: “Dragon fruit may be still a ‘rare’ fruit flavor for CPG food & beverage brands, but it is no longer rare to consumers. And in fact, this has translated to one of the fastest growth rates of any ingredient we’ve tracked in recent years.  Given the small base and fast growth, it is certainly our boldest Flavor of the Year choice yet from a predictive foresights perspective. It’s possible that the initial lag in new product innovation is in part related to the challenge of realizing the flavor of dragon fruit. Our consumer research shows that the fruit can sometimes surprise people by not having the strong flavor to match its visual appearance. Instead, the taste is light, refreshing, sweet, and delicious.”

“For this reason, Firmenich believes that its flavor creativity will play a key role in amplifying the taste and celebrating combinations of dragon fruit with other flavors,” Schmoyer concluded. 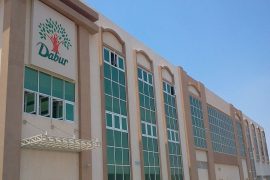 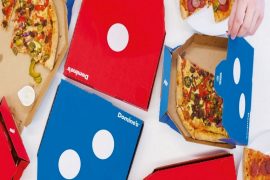