Microplastics are small plastics found ubiquitously in the environment from different sources such as food packages, clothing and cosmetics, thereby increasing the chances of contamination of biota. Exposure to microplastic has become a growing concern lately, primarily through foods. This article contains brief information on microplastics, their environmental and human health impact, their detection and separation, particularly food sources and safety.

Microplastics are tiny plastic fragments of <5mm diameter resulting from the breakdown of larger plastics (Figure 1). They can harm the environment and human health as a pollutant. The particles blow around between sea and land, so that people might be inhaling or eating microplastic from any source. Microplastics are in the air, water, salt and sea food; children and adults might ingest dozens to more than 100,000 microplastic specks daily. The problem with microplastics is that they do not readily break down into harmless molecules. Plastics can take thousands of years to decompose and by this time, it causes massive destruction to the environment. Small multi-coloured plastic bits are seen on the sand on the beaches, which are often consumed by marine organisms. Chemical additives present in the plastics may also leach out and cause toxicity.

There are primary and secondary microplastics. Primary microplastics enter the environment through product use, unintentional loss from spills during manufacturing or transport or abrasion during washing. Some primary microplastics include microbeads in personal care products, plastic pellets used in industrial production and plastic fibres used in synthetic clothes.

Secondary microplastics result from the degradation of large plastic products through different processes. This typically happens through exposure to natural forces such as wave action, wind abrasion and ultraviolet radiation from sunlight; biological and chemical degradation, (Sunusi Usman et al., 2020). Beach litter also contributes to microplastic production, as large plastic pieces break down in the sun and waves.

Microplastics in Water and Other Beverages

Water can be regarded as the primary carrier of microplastics, since it is consumed daily and is the most critical source of microplastics. Also, water is used in considerable amounts as an ingredient or a component of food ingredients during the primary food production, cleaning and sanitation activities of food processing plants and other operations.

Plastics enter the ocean from both land-based and sea/freshwater activities. However, estimates state that the marine environment contains 80% of plastic waste from land-based sources like trash, industrial discharge, land waterways, wastewater flow and wind or tide transport. These particles may be ingested by bigger sea animals based on the particle size and the organism’s physiological and behavioural traits, which is widely observed in many marine species. One of the good indicators of microplastic contamination in aquatic environments is the level of microplastics present in fish and shellfish. Humans’ risk of microplastic intake is considered lower for larger fish species, since the gastrointestinal tract is removed before consumption. On the other hand, the consumption of small fish species and many shellfish species as a whole increases the risk of microplastic exposure.

Microplastics in Processed Foods and Honey

Food Contact Materials can be the source of various physical, chemical and biological hazards. Microplastic contamination can occur from the contact materials in some products, such as bottles. Oluniyi O. Fadare et al. (2020) reported that the majority of microplastics from plastic containers were produced unintentionally during manufacturing or processing. PE is identified as the microplastic source in the beverage cartons and bottles, typically used as coating materials and lubricants. Polystyrene containers showed a higher abundance of microplastics than other types of containers used for take-outs. (Fangni Du et al. (2020))

Everyday activities such as opening a plastic package to eat chocolate, cutting or tearing the sealing tape to open a package, twisting or opening a bottle to drink water or beer, etc. can generate about 0.46–250 microplastic particles/cm.

The study of the characteristics of Microplastics is essential for a better understanding of their occurrence and potential toxicities. The primary elements that describe microplastic pollution in food include colour, polymer type, size and shape.

(i) Colour: Blue-coloured microplastics are the most common type of microplastics that account for almost 50% of seafood, beverages, condiments and other non-seafood, except chicken and refined sugar (Kedzierski et al., 2020). These may be partly due to the workers’ blue masks and blue work clothes. Transparent ones are also widely seen ubiquitously. Color coded FTIR

(ii) Polymer type: According to different studies conducted in food, sixty-six microplastics were observed. PET, PE and PP constituted most of the microplastics in various foods such as beverages, condiments and seafood, which may have entered the product by packaging materials mainly for caps and bottles. The polymer types in salt are attributed to the composition of microplastics found in the sea.

(iv) Shape: Shapes of microplastics are proposed based on their morphological characteristics, such as fibre, fragment, film, bead, granule, sphere, foam and irregular. The frequently observed microplastic shapes in foods such as salt, seafood, vegetable, meat and honey are fibres and fragments. The form of the microplastics observed may also provide information on the possible source of contamination. 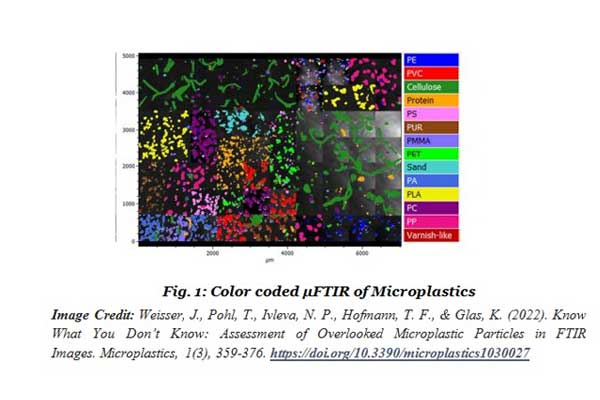 (i) Microplastics and Environment

The major environmental issue caused by microplastics is related to their serving as bacterial carriers and persistent organic pollutants (POP). POPs, like some plastics take years to degrade and are also toxic. In higher concentrations, they might become hazardous to animal and human health. Biomagnification applies to these POPs also, resulting in their higher accumulation in larger animals, posing a threat to big marine animals and humans. Since POPs aren’t water-soluble, they quickly accumulate within the aquatic sediments and form toxic reservoirs. If these get released into the ocean, they will adversely affect the ecosystem. 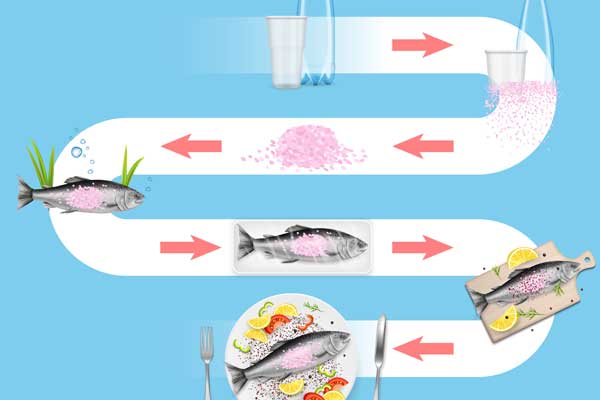 Other environmental impacts of microplastics include abnormal burrowing of earthworms altering soil conditions, chemical leaching into the groundwater; polluting the foods such as salt, sugar and beer and halo effects by seabirds.

Humans get exposed to microplastics in various ways. Significant exposures from food intake include tap water, beer and salt. Fish, bivalves and mussels also account for a few cases of microplastic exposure in humans. Even though the human body can eliminate microplastic, its toxic effects on tissues and organs and the release of poisonous chemicals adsorbed from the environment can create a negative impact. The health impacts of microplastics depend mainly on the type of plastic inhaled or ingested. Bisphenol A ingestion causes changes in behaviour and increases blood pressure. Neurodevelopmental dysfunction, endocrine disruption and liver and kidney damage are caused by Polybrominated Diphenyl Ethers (PBDE).

Studies conducted by Jin et al. (2018) on the effects of polystyrene microplastics on Zebrafish confirmed that microplastics of a size less than 1.5µm could induce intestinal dysfunction and inflammation by penetrating the gastrointestinal barrier and reaching the organs. Human cytotoxicity studies indicate that the PE microplastic induces oxidative stress on the brain and epithelial cells (Barboza et al., 2018). Microplastics can cause toxicity in direct contact with lung or intestinal epithelial cells. Cellulosic and plastic fibre inhalation also have toxic effects on the lungs.

Organic pollutants such as DDTs, PCBs and PAHs can get adsorbed onto hydrophobic microplastic materials (Lo et al., 2019). The adsorption rate and capacity of microplastics are related to particle size inversely, which is attributed to the larger specific surface area of smaller microplastics. The co-exposure of these adsorbed contaminants and microplastics adds potential toxicity to the biota.

The additives utilized in the process of production of plastics may leach out from the microplastic, causing several adverse effects and toxicities. Some of those additives include plasticizers, flame retardants, antioxidants and metal additives. Leaching usually occurs under the influence of solar irradiation, UV, salinity and water flow. Leaching of heavy metals in the oceans by a high acidic condition or salt concentration has higher toxic effects on the growth and development of aquatic organisms.

Biofilm formation is a significant outcome of colonization by microorganisms on microplastic surfaces (De Tender et al., 2017). Pathogenic organisms such as Vibrio spp. and Pseudomonas spp. were also found on the surfaces of microplastics. Studies conducted by Wright and Kelly, 2017 identified that metabolites of microorganisms on the surface of microplastics are known to cause conditions, such as oxidative stress and inflammation in the lungs or intestines of biota.

Governments and International Agencies have put forward several policies to reduce plastic pollution in the environment. Since most plastics are not biodegradable or recyclable and the recycling process is expensive and not feasible, virgin plastic production has gone high. For a policy to effectively restrict the impact of plastics, the regulations should limit plastic production from fossil fuels. Current regulations concerning microplastics adopted in certain countries include managing only primary microplastics, not secondary microplastics. (Youn Soo Jung et al., 2022)

Some of the Regulations and Policies related to Microplastics that are prevalent are as under:

• “The Microbead-Free Waters Act, 2015” prohibits the rinse-off cosmetic manufacturing, packaging and distribution that contain plastic microbeads;
• Ban on importing 24 types of solid waste, including plastic waste, in China, 2017;
• Restriction on microplastics in products to avoid their release into the environment in European Economic Area by the European Chemicals Agency (ECHA), 2019;
• Ban on single-use plastics in almost 71 countries as of 2021;
• Plastic reduction policy in California, including 22 pollution prevention tools, 2022.

Since the additives in plastic can also leach out to cause adverse effects, particularly on infants and young children with the highest risk of exposure, causing endocrine disruption, defective brain development and other health effects, they will be governed by the regulations.
• Banning of BPA in bottles and baby products by FDA, 2012;
• Banning of eight ortho-phthalates in toys and childcare articles by Consumer Product Safety Commission, 2017.

Analytical methods for Identification and Separation of Microplastics from Food

The main objective of sample digestion is to remove organic and inorganic matter in food to facilitate the detection and identification of microplastics. Sample Digestion can be categorized into three groups based on the types of solutions used. Alkaline digestion is preferred chiefly for seafood, where potassium hydroxide is used as the digesting solution. Oxidized digestion using hydrogen peroxide is used for non-seafood, where they dissolve microplastics at a temperature of more than 60℃ and often produce foam (Munno et al., 2018). Acidic digestion using nitric acid melts microplastics at higher temperatures resulting in a lower recovery.

Filtration using filter membranes of different materials and pore sizes is another way of collecting microplastics from various foods. Studies were carried out using 0.7-1.0µm membranes for white wine and 0.8µm for beer. It has been observed that the abundance of microplastics is inversely proportional to the pore size of filter membranes. Therefore, a smaller pore size is always a better option for filtration when samples do not easily block it.

Various methods used to identify and quantify microplastics include visual identification, Fourier transformation infrared spectroscopy (FT-IR), Raman spectroscopy and other techniques.
Although the visual inspection is a simple, low-cost method that can be applied to all food samples, they are erroneous and mistakes often happen by identifying coloured fibres. Besides, they fail to recognize polymers.

Raman spectroscopy is another method used to identify the microplastics of <1µm in food samples, especially beverages, condiments and honey. It is more expensive than FT-IR and requires high-purity samples to provide the results.

Although, several laws and regulations were made to prevent or reduce the use and littering of plastics in the environment, microplastic contamination and accumulation remain a threat. Strict measures and controls should become prevalent to reduce the occurrence and addition of microplastics to food materials, since they are directly ingested and can cause chronic toxic effects to humans and other organisms. Methods of detection and separation are continually becoming advanced and hopefully, technologies will soon be able to nullify microplastic toxicity. 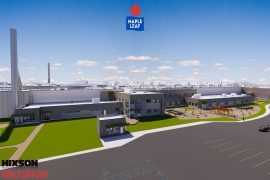 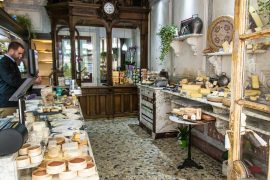 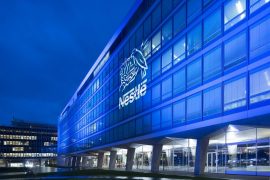