Convergence portal of the government’s three flagship schemes implemented by agriculture and food processing ministries will help micro units engaged in food processing, according to the Union Food Processing Ministry.

After the launch of Convergence portal, both Food Processing Minister Pashupati Kumar Paras and Agriculture Minister Narendra Singh Tomar had expressed confidence that this initiative will add a new chapter in the lives of micro units engaged in food processing.

According to the food processing ministry, through this Convergence portal, the eligible beneficiaries under PMFME and PMKSY schemes availing credit-linked subsidy would be able to avail an additional benefit of interest subvention at 3 percent on the interest rate being charged by the banks over and above 35 percent subsidy provided under the PMFME. For the ease of approval of projects under both schemes, the AIF MIS portal has been modified for the acceptance of applications from the beneficiaries under the PMFME and PMKSY scheme.

The PMFME beneficiaries would be able to apply directly for the benefit of interest subvention on the AIF portal with the detailed project report (DPR) approved under the PMFME, the ministry said in a statement. Similarly, AIF beneficiaries eligible under the PMFME scheme can seek additional benefits of subsidy by applying in the PMFME MIS portal with the sanction letter under AIF and DPR, it added. AIF, implemented by the Agriculture Ministry, is a medium to long-term debt financing facility started in July 2020 for the creation of post-harvest management infrastructure and building of community farming assets.

Benefits under the scheme include 3 percent interest subvention and credit guarantee support. The two other schemes PMFME and PMKSY are implemented by the Food Processing Ministry. PMFME provides financial, technical and business support for the upgradation of micro food processing enterprises in the country, while PMKSY is envisaged as a comprehensive package that will result in the creation of modern infrastructure with efficient supply chain management from farm gate to retail outlet. 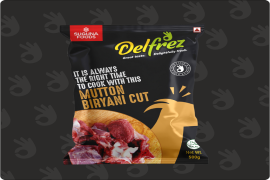 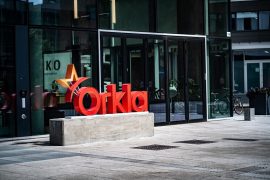