Apemin Tusnad, a celebrated Romanian mineral water player has made an investment in Sidel’s Complete PET line for both carbonated as well as non-carbonated mineral water, in order to cater to the changing market demand as well as its sustainability goals.

Thanks to Sidel’s Combi SF300 solution that runs at 18,000 bottles per hour (bph), apart from packaging innovations which are coming up in the form of lightweighting as well as a shorter neck finish, the carbon footprint that has been generated is comparatively minimal, which has been able to yield an average savings of 5% on consumption of plastic per bottle, apart from ensuring a higher standard of hygiene.

The company which was established in the year 1999 has been one of the main mineral water bottlers in Romania, obtaining technological investments that have crossed 30 million euros, since its foundation as well as having a production capacity of 50,000 litres per hour. The company owns three brands – Tusnad, Artesia and Izvorul Ascuns. It utilizes mineral well water that arises from the depths of the Harghita volcanic mountains, a mountainous area where nature has remained untouched. The mineral water which is of a higher quality has been recognized since the 16th century.

The partnership was started with the company in 2003 when the first fully automatic PET line was installed in the Tusnad plant. After completion of the reference visit to Italy in the year 2019, it had come to the company once again for the purpose of improving their performance with a new PET line.

The company had taken a decision to make an investment in a new Combi carbonated and non-carbonated mineral water PET line, on account of its high technical and hygiene standards. All bottle forming, filling and closing operations are performed in an integrated and fully automated system. Thus, the entire bottling circuit of mineral water – from the underground aquifer to the enclosed filling environment – takes place in a controlled system without any external biological interaction.

Gyarfas Kurko, owner, Apemin Tusnad stated – “We chose Sidel not only because of its strength in PET solutions, but also thanks to the great local service it offers. Throughout the pre-contracting phase and execution, we experienced a high level of professionalism from Sidel’s staff, with clear communication and close support. This is the synergy we are looking for in a partner.” 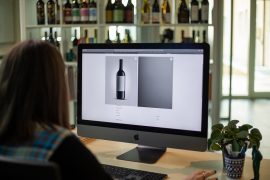 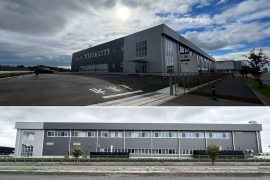 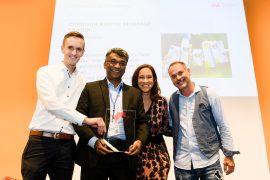