Adani Agri Logistics Ltd (AALL), a wholly-owned subsidiary of Adani Logistics Ltd, has received a letter of award (LoA) from the Food Corporation of India (FCI), following competitive bidding, to build silo complexes at various locations across the country – as reported by ET.

“Based on the LoA, AALL will develop and operate silo complexes at four locations – Kanpur, Gonda and Sandila in Uttar Pradesh and Katihar in Bihar, in line with the Government of India’s objective of modernizing India’s storage infrastructure, creating a total silo storage capacity of 3.5 lakh million tons,” said a statement.

Silo complexes, which are mechanized and automated units equipped with temperature and humidity controls, are built to handle, store and preserve food grains. The handling process, from procurement to transportation, is in bulk form catered through containerized movement.

“AALL’s project will benefit farmers across the states of Uttar Pradesh and Bihar besides supporting general consumers and PDS (Public Distribution System) beneficiaries,” the statement said. 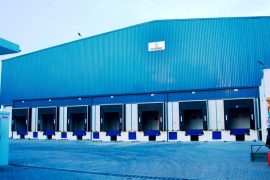 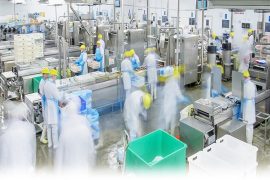